Since release the new BV5500 model, its sales have performed well in the global market. Based on a large number of users’ suggestions and feedback on the BV5500, Blackview decided to make some improvements.

Like BV5500, BV5500 Pro also use some hearts with the sleek design and pretty aesthetic surface texture. It’s a breath of fresh air in a crowded rugged smartphone market and a great entry point, with a thinner ergonomic frame to make its grip more comfortable and easier to hold, while slimming it down compared to similar devices.

If you’re new to the Android platform. Because the biggest deal with it will be surely also the pricing. And some of the most significant upgrades and improvements they have put out effort into are as follows:

2GB RAM upgrade to 3GB
The BV5500 Pro unleashes full-speed computing performance and lightning-fast app launch times with an enormous 3GB RAM and 16GB ROM (extensible to 32GB). So The BV5500 Pro can run multiple programs and is smoother, greatly improving work efficiency. There is more memory to store tasks running at the same time, so the system responds faster. 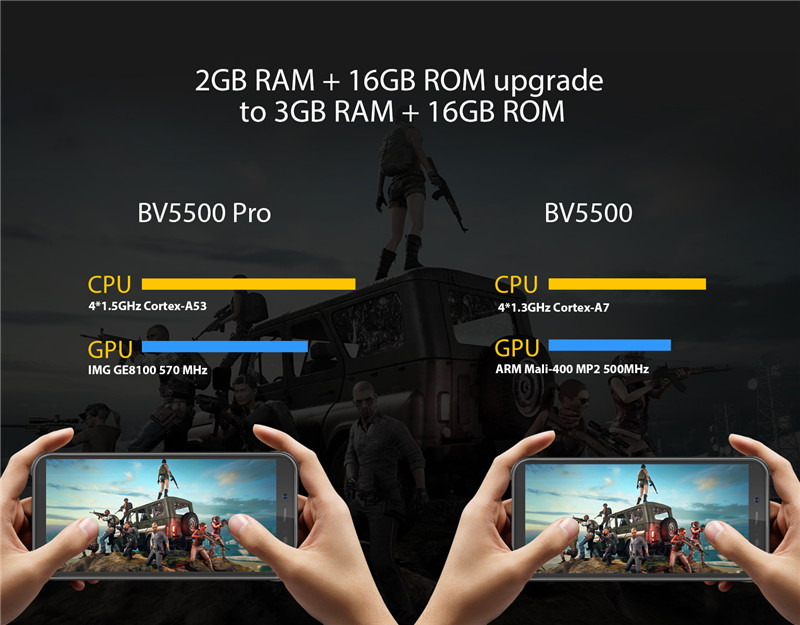 Android 8.1 upgrade to Android 9.0 Pie
Android 9 harnesses the power of artificial intelligence to give you more from your phone. 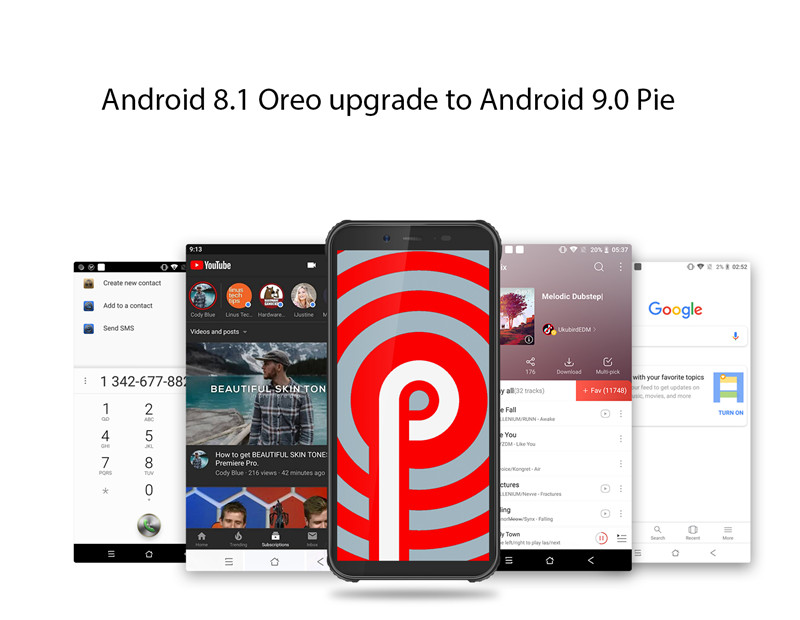 In addition, BV5500 Pro has added some essential upgrades in life. With latest generation NFC module, it is now compatible with the all new Google Pay, in a fast and simple way to pay in millions of places – online, in stores, and more. It brings everything you need at checkout together and keeps your information safe and secure.